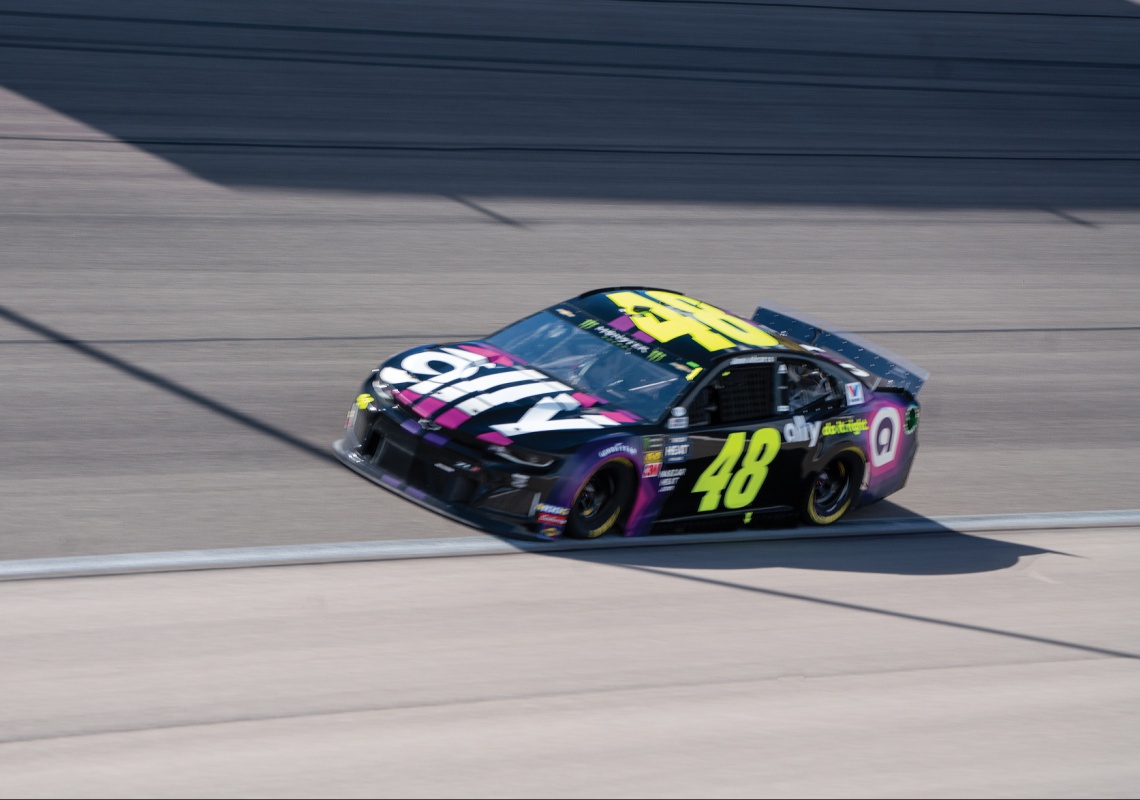 Sometimes, people just know what they want to do with their lives – and Jimmie Johnson is one of them. Jimmie began racing motorcycles at the age of five, and from there he was on the road to building a legacy. After winning numerous championships at essentially every race series along the way, he moved up to the NASCAR Busch Series in 2000. In 2002, he started racing in the Sprint Cup Series. NASCAR viewership records were broken in 2006 as Jimmie took the checkered flag at the Daytona 500, the All-Star Race, the Brickyard 400 and his first Cup championship. After he won that first Cup Series, he went on to win the next four – winning 2006-2010, 2013 and 2016. Tied for the most Cup Series wins of all time with Dale Earnhardt and Marathon coach owner Richard Petty, Jimmie became the kind of driver of which legends are made. 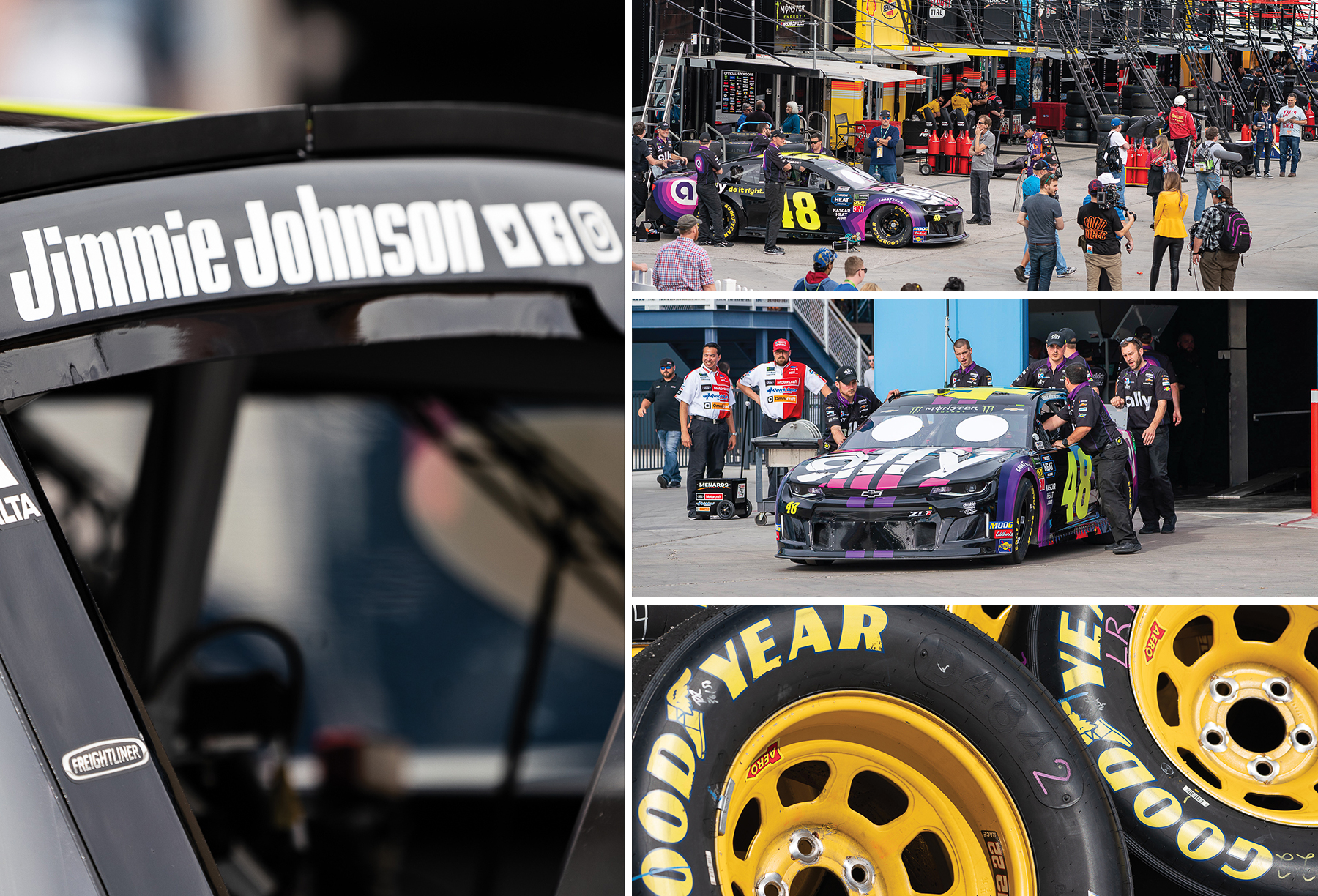 Jimmie has set himself apart not only by winning but also by being a class act on and off the track. A desire to help children and a passion for charity drives him and his wife Chandra. Because of their interest in children, public education and the communities they call home, they began the Jimmie Johnson Foundation in 2006. The foundation helps children, families and communities in need, supporting the Champions Grant Program, the Blue Bunny Helmet of Hope, Team Up for Technology and the Make-A-Wish Foundation. The Champions Grant Program, for example, has distributed grants to public schools in San Diego, California, Jimmie’s hometown; Muskogee, Oklahoma, Chandra’s hometown; and Charlotte, North Carolina, their current home base. Grants have ranged from $20,000 to $75,000, and were awarded to schools to provide learning tools such as interactive whiteboards, classroom computers, arts funding, outdoor learning centers, fitness programs and playgrounds. With 139 total grant projects helping 131 charities, providing nine technology makeovers and more, their charity has provided more than $12 million to date.

His legacy, however, manifests itself in many forms. Before his final NASCAR race as a full-time driver, NASCAR greats and fans alike celebrated him in many ways, from social media to a full-page ad in “USA Today.” In addition, several racetracks honored him: for example, Homestead-Miami Speedway’s Turn 3 tunnel is now named Jimmie Johnson’s Southernmost Tunnel. Then there’s the Jimmie Johnson Biking Trail at Cheaha State Park in Delta, Alabama, where Jimmie’s been known to gather friends and racing team members to cycle to the summit of Cheaha Mountain and back.

In addition, countless well-known names took time to reminisce about their Jimmie Johnson experiences. One example came from former NASCAR racer and Marathon coach owner Danica Patrick as she shared a story that clearly reflected Jimmie’s compassion for others. The day before, she’d become the first female driver to win the pole at the Daytona 500. However, come race day, after going into the final lap in third place and hoping for a strong finish, Johnson took the checkered flag while Danica pulled in at seventh. Questioning herself, feeling she squandered her lead due to lack of planning, Jimmie pulled her aside to explain the many reasons she shouldn’t be hard on herself – including that he, too, lacked any sort of plan.

The goodwill and accolades continued as he received the Bill France Award of Excellence during the 2020 NASCAR Awards show on NBCSN. In the last four years, only two others have received the award: Dale Earnhardt Jr. in 2017 and Joe Gibbs in 2019. In December of 2020 he won the NMPA Myers Brothers Award, which is an award presented to those who have provided outstanding contributions to the sport of stock car racing.

Jimmie initially celebrated his retirement by playing a round of golf at Pebble Beach and fitting in a full day of IndyCar driving – which is exactly what comes next for this talented driver. Racing a partial IndyCar Series for Chip Ganassi Racing for 2021 and 2022 will allow Jimmie to spend more quality time with his family: wife Chandra and daughters Genevieve and Lydia.

Roots based in off-road racing, a historical stock car racing career and his love of open-wheel racing ensure Jimmie will have no issue reinventing himself once again. With primary sponsor Carvana, Jimmie is slated to race 13 street and road courses this season – and since IndyCar series races can see speeds up to 240 mph at tracks such as Indianapolis Motor Speedway, there’s no doubt it’s going be a wild ride.