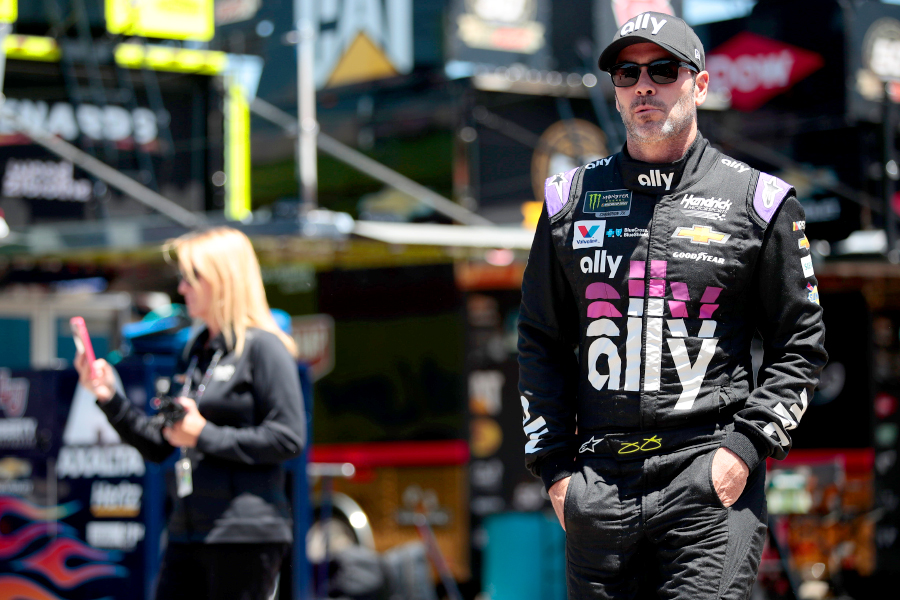 Just one week after the close of his final season as a full-time NASCAR driver, Marathon coach owner Jimmie Johnson received the Bill France Award of Excellence. This award – not necessarily bestowed annually – is considered one of NASCAR’s most important, as it honors only those who have made a lasting impact on the sport.

During Johnson’s 19-season tenure in the NASCAR Cup Series, he compiled seven championships (five consecutively from 2006-2010), leveling him with Hall of Famers Richard Petty and Dale Earnhardt for the all-time record. His 83 total victories tie him for sixth place all-time with Hall of Famer Cale Yarborough.

Off the track, the Jimmie Johnson Foundation helps children, families and communities in need and currently supports the Champions Grant Program, the Team Up For Technology program and the Make-A-Wish Foundation. To date, the Johnson family has contributed more than $12 million to various charitable organizations. Johnson accepted the Bill France Award from Vice President of Racing Development Ben Kennedy during the 2020 NASCAR Awards, a virtual presentation on NBCSN on Wednesday evening. Congratulations, Jimmie!

As the Head of Timing and Scoring for the World of Outlaws Sprint Car Series, Eloy Gutierrez averages 35,000 miles …

By Dennis McBride, Marathon Representative – Marathon Coach Texas As a golf enthusiast, I am very excited that the PGA of …

Have you ever thought of trying a racing school for fun? Now is your chance to do it with …

Chase Elliott Gears Up for Final Four Showdown at Phoenix

Marathon owner Chase Elliott, the defending NASCAR Cup Series champion, has reached the 2021 season finale and is looking for …

Congratulations to Marathon coach owner Kurt Busch, who outpaced younger brother Kyle at Atlanta Motor Speedway on Sunday for his …

Randy and Dawn are hooking up their Tahoe to Marathon Coach #1265 and heading out on the road to Michigan. …
Social media & sharing icons powered by UltimatelySocial