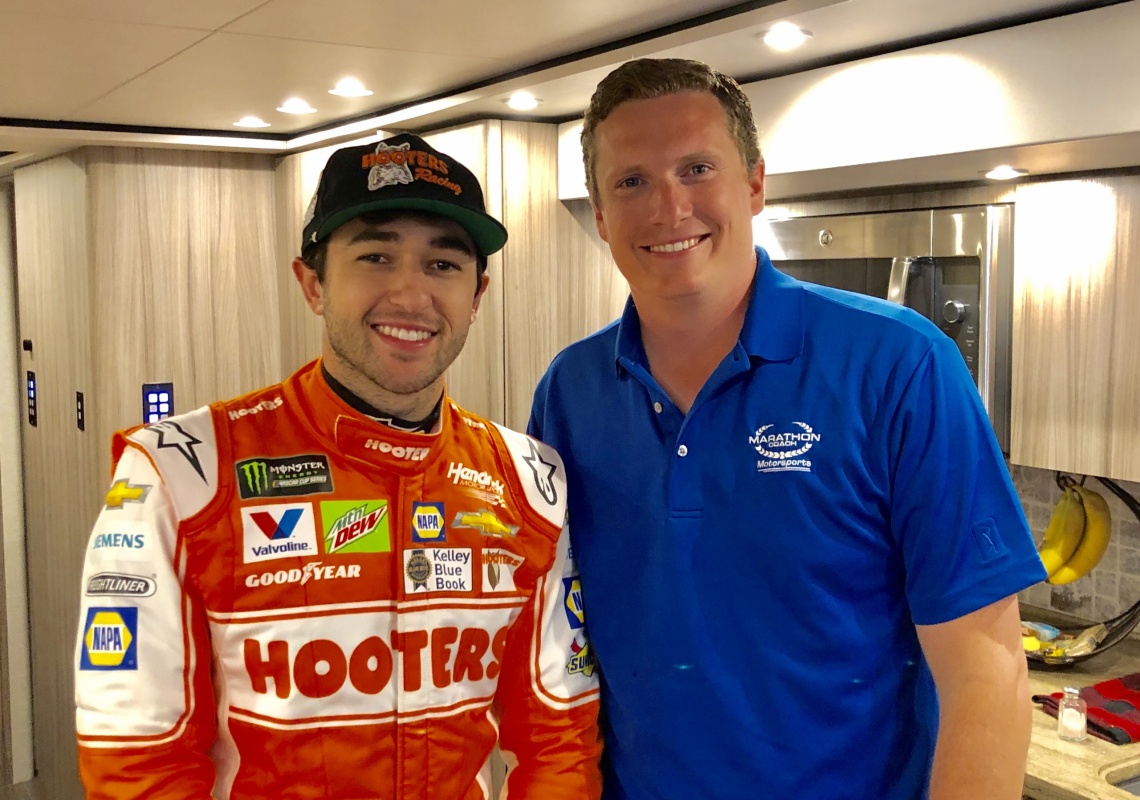 Marathon is pleased to announce the exciting main slate of NASCAR personalities who will be appearing at the upcoming Charlotte Rally October 7-10. Emceed by NBC’s lead NASCAR announcer Rick Allen, these guests will offer fascinating behind the scenes insight about the sport and the weekend playoff race at the famous Charlotte “Roval”.

7-time NASCAR Champion with 200 wins to his name and Marathon coach owner, Richard Petty is a true American Legend and one of the most respected figures in motorsports today.

Two-time Daytona 500 winner, former team owner and current NBC announcer, Michael Waltrip has also published New York Times bestseller “In the Blink of an Eye: Dale, Daytona and the Day that Changed Everything.”

Former crew chief for Jeff Gordon and Dale Earnhardt Jr. and current NBC sportscaster, Steve Letarte will speak about being a winning crew chief for Hendrick Motorsports. From crew management, race preparation, working with drivers, and overseeing race strategy, he will provide an interesting perspective about one of the highest-pressure positions in all of sports.

A veteran spotter for driver Brad Keselowski in the NASCAR Cup Series, TJ will provide an overview of the critical job of being the rooftop ‘Eyes in the Sky’ to their driver.

We have limited spots remaining for our Charlotte Rally, so sign up right away to hear from these amazing guests!

Join Randy and Dawn in Nashville, Tennessee for the Prevost Prouds 2021 Spring Rally! In the first episode of this …

The rugged wilderness and sheer beauty of Southern Utah is the perfect place to slow down and fully embrace adventure. …

At Marathon Coach, we love the revving of engines – our own as well as those of our clients. That …

There are days that flow into one another with an ease and rhythm tailor-made for celebrating life. Marathon Coach Club’s …