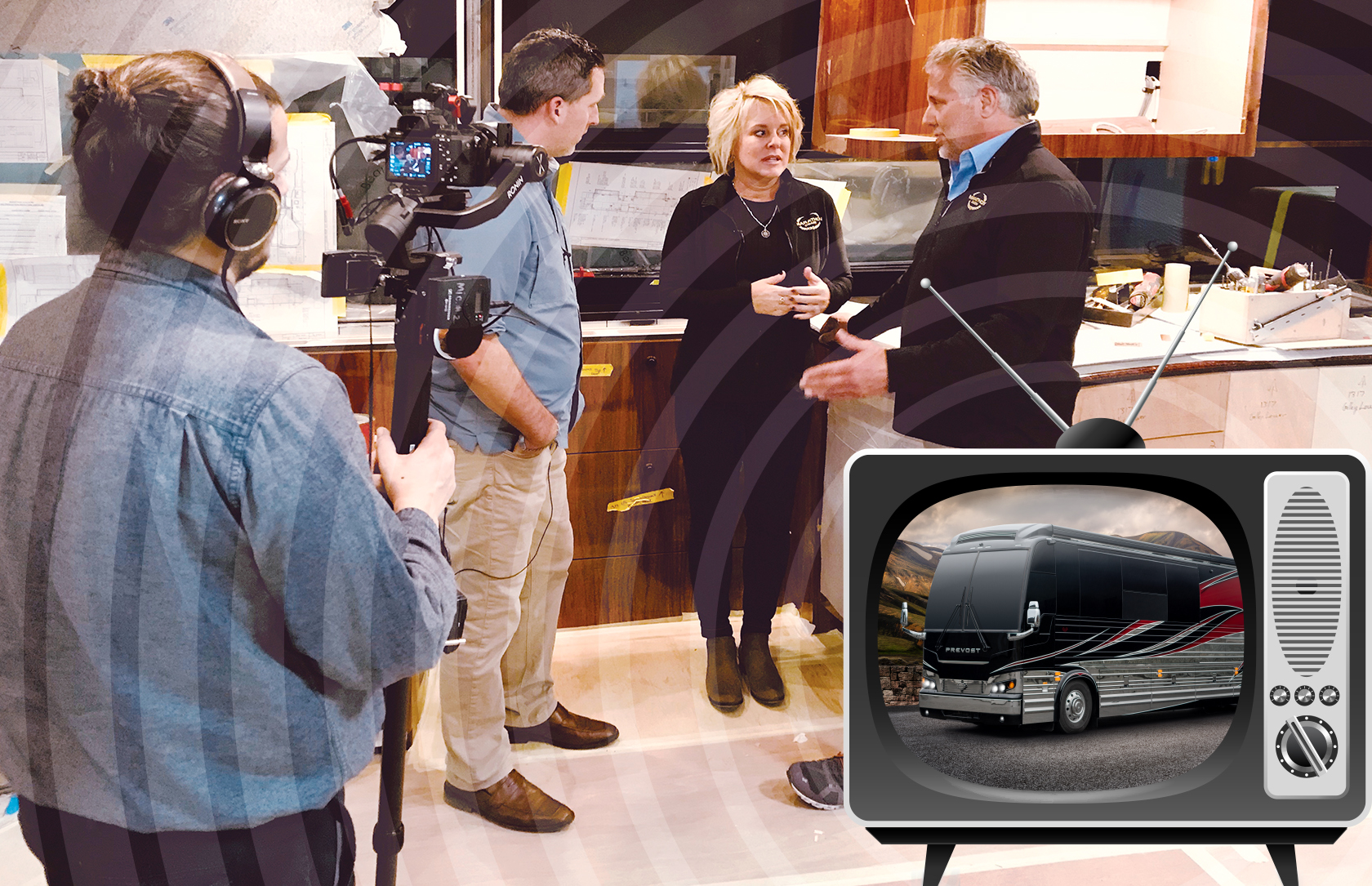 Now is the perfect time for binge-watching favorite shows. Whether you’re in the mood for celebrity news, insider information, the luxury travel lifestyle or industry reports, Marathon’s YouTube channel has you covered.

Randy, Dawn and a Marathon Coach

Randy and Dawn created their series to provide viewers with the Prevost/Marathon Coach lifestyle experience while traversing the U.S. and Canada. As their show gained momentum, they found themselves surprised to receive show requests featuring more of the coaches they were staying in – including the bays, general floorplans and other features.

“I think everyone enjoys being inspired by something they are interested in,” said Dawn. “With our videos we hope to inspire viewers to think outside what may be called normal living, such as a house and yard, to taking your home with you as you travel across our beautiful country. We want viewers to imagine themselves in a new or pre-owned Marathon traveling with their children, grandchildren or just by themselves for as long or as little as they see fit.”

What’s next? Looking for RV parks when traveling from north to south and east to west, as well as locating fuel stops along the way. Randy and Dawn plan to report on which highways are the best to travel on and what time of day to avoid in larger cities, as well as Wi-Fi and pet friendly aspects of life on the road – this is all part of the RV lifestyle.

“Our ideas originate from the rallies we attend along with the people we meet,” said Randy.

“Conversation is key and by communicating and listening to others who have traveled, we learn of hidden gems! The day-to-day lifestyle in a Marathon can also spark an idea of what to share.”

There’s no better way to get a sneak peek behind the scenes of Marathon Coach than with your best friend on the inside – Mal Williams. Running for three years now, each Marathon Mondays with Mal episode provides an insider look, usually live, at the Marathon luxury coach environment. From the techniques and craftsmanship that go into building a specific aspect of the world’s top luxury conversion to providing a behind-the-scenes look at a Marathon calendar shoot with the marketing team and everything in between, one thing is certain: Wherever he goes, the audience will be both informed and entertained.

Whether he’s coming to you live from “the mothership,” also known as Marathon Headquarters, or from the most luxurious RV resorts on the West Coast, trade shows or other remote locations, Mal is driven to answer all of your questions live and on location.

Based out of Marathon Coach Florida, Marathon Coach Director of Motorsports Kasey Hess is fascinated by all things planes, trains and automobiles. Often finding himself at the nation’s most iconic racetracks, talking with the racers and fans alike, he can be found visiting those who know how to live life right – on and off the track.

Kasey has interviewed legends like seven-time NASCAR champion, the King himself, Richard Petty, as well as NASCAR fan favorite Chase Elliott. He’s also no stranger to Hollywood with his recent interview of Tom Berenger.

From the vineyards of favorite winemakers to holiday specials and places to revel in nature as well as where to take your dogs, Marathon Coach extends robust, high quality content to provide viewers with relevant information and delightful entertainment.

See all the Marathon playlists on YouTube by clicking here.