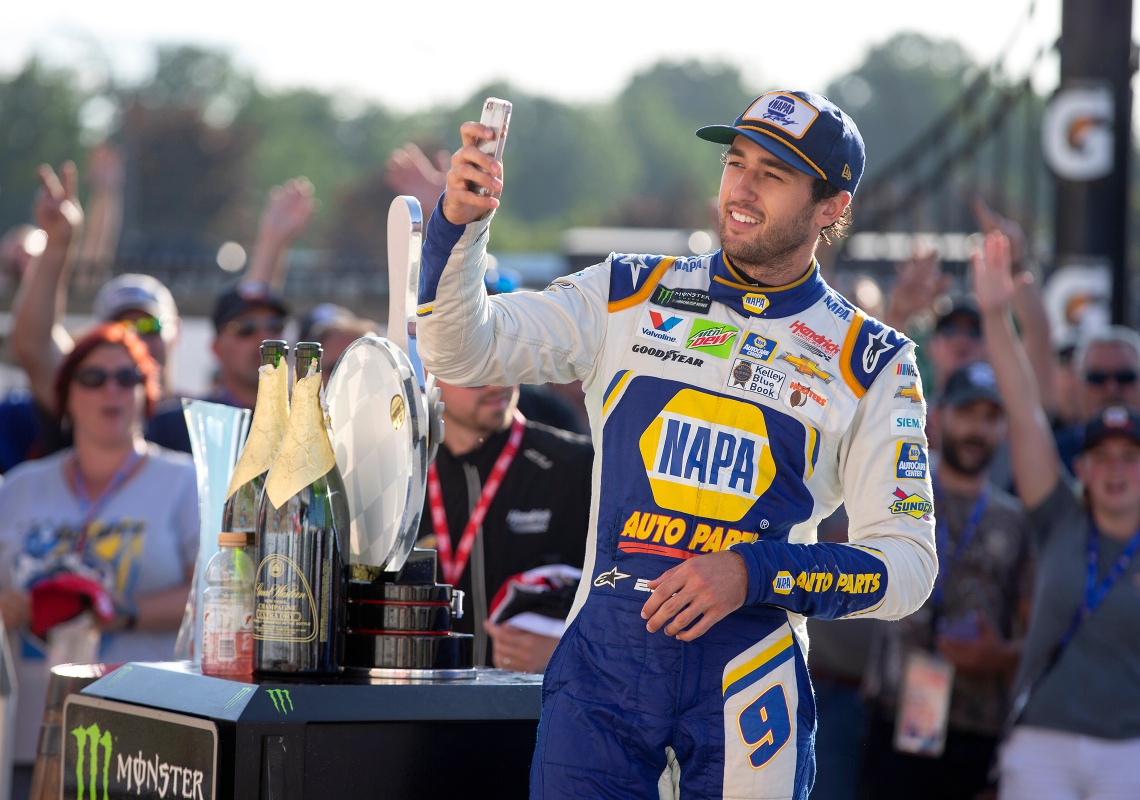 Adding to his hardware collection for 2020, Marathon coach owner Chase Elliott amassed the most votes for the National Motorsports Press Association’s Most Popular Driver Award for the third consecutive year. After winning the 2020 Cup Series championship less than two weeks ago, Elliott was announced the MPD Award’s winner during the 2020 NASCAR Award show on NBCSN on Wednesday night. The balloting was based solely on fan voting, and represents Elliott’s fifth Most Popular Driver honor, his first two coming in the NASCAR Xfinity Series in 2014–15. Elliott won his first NASCAR Cup Series championship this year after a career-best five-win season that included two clutch victories at the end of the Round of 12 in Charlotte and the Round of 8 in Martinsville to reach the final race. His reign as NASCAR’s Most Popular Driver adds to a long family history with the award, as his father Bill Elliott topped the fan voting a record 16 times during his career. Congratulations, Chase!