Jimmie began racing motorcycles at the age of five, and it’s been nothing but up since then. After winning numerous championships at essentially every race series along the way, he joined the Cup Series in 2001 and spent his entire career with the Hendrick Motorsports No. 48 Chevrolet operation. Johnson won the first of his seven titles in 2006 and went on to win the next four years in a row, becoming the only driver in NASCAR history to win five consecutive Cup titles. In addition to his seven Cup wins – which ties him for the all-time most with Dale Earnhardt and Richard Petty – he’s had 83 career wins (tied for 6th all-time), 374 top-ten finishes, 232 top-five finishes and 36 poles. This two-time Daytona 500 winner has also won the Richard Petty Driver of the Year title seven times.

Of course, there’s more on Jimmie’s mind than racing. He and his wife Chandra are interested in children, public education and their communities. It was because of these passions that they began the Jimmie Johnson Foundation in 2006. The foundation helps children, families and communities in need and currently supports the Champions Grant Program, the Team Up For Technology program and the Make-A-Wish Foundation. To date, more than $12 million has been contributed to various organizations. 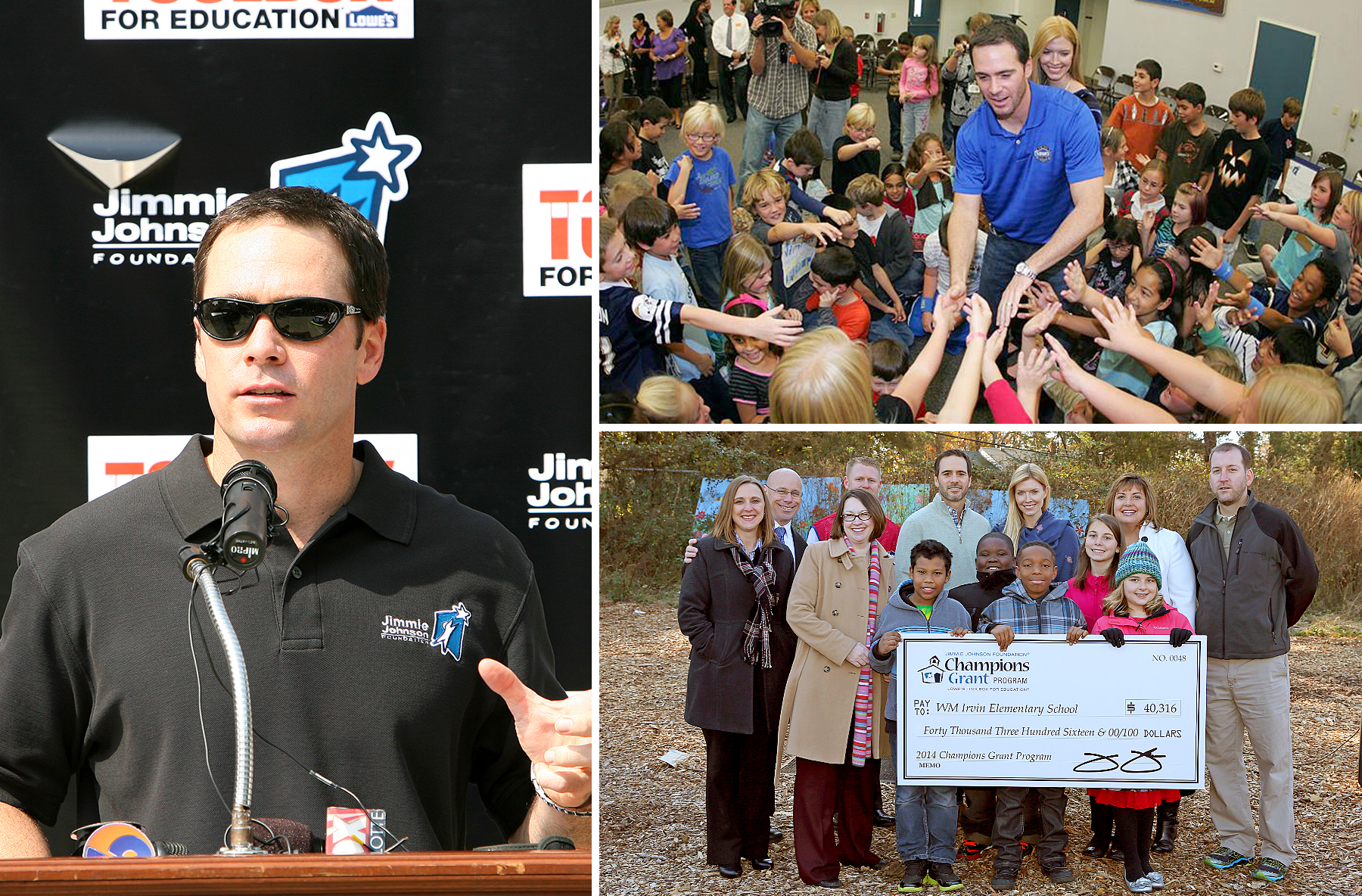 The Champions Grant Program distributes grants to public schools in San Diego, Calif., Jimmie’s hometown; Muskogee, Okla., Chandra’s hometown; and Charlotte, N.C., their current home base. In addition, each year the Foundation selects 5 charities that support K-12 public education to be featured on Johnson’s Blue Bunny Helmet of Hope, and the Team Up For Technology program encourages individuals to nominate a K-12 public or charter school in the United States for the chance to compete for a $48,000 technology makeover. Finally, the Foundation works with the Make-A-Wish Foundation to grant wishes for children with life-threatening illnesses. Aside from Jimmie acting as a Wish Ambassador, he and Chandra served on their National Advisory Council from 2005 to 2011.

Congratulations, Jimmie, on your storied career as a full-time driver at NASCAR’s top division, and best wishes for all your future endeavors!

To learn more about the work being done through the Jimmie Johnson Foundation, which is dedicated to assisting children, families and communities in need, with its main focus on K-12 public schools, visit www.jimmiejohnsonfoundation.org.