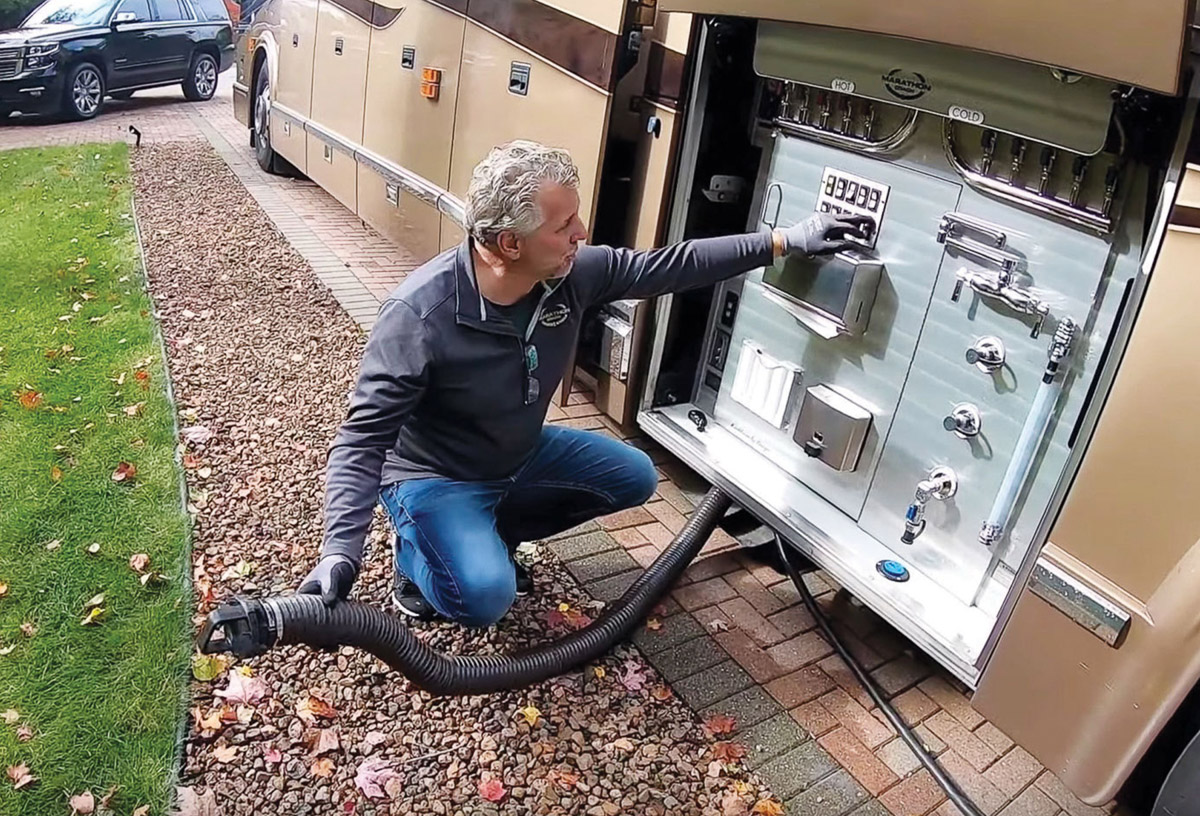 Marathon intentionally designed its patented Freedom Plus automated sewer hose system to tackle one of the dirtiest jobs in the vehicle, and it couldn’t be easier to operate. This innovative system, which has been featured since Marathon Coach #0744, has push-button controls that open a drop door that dispenses the shore cord and sewer hose to the appropriate shore power hook-up and drain receptacles, so users have minimal interaction with either. Marathon’s engineers designed this exclusive plumbing bay to not only improve the reliability of the system, but to also make it as convenient for coach owners to operate as possible. 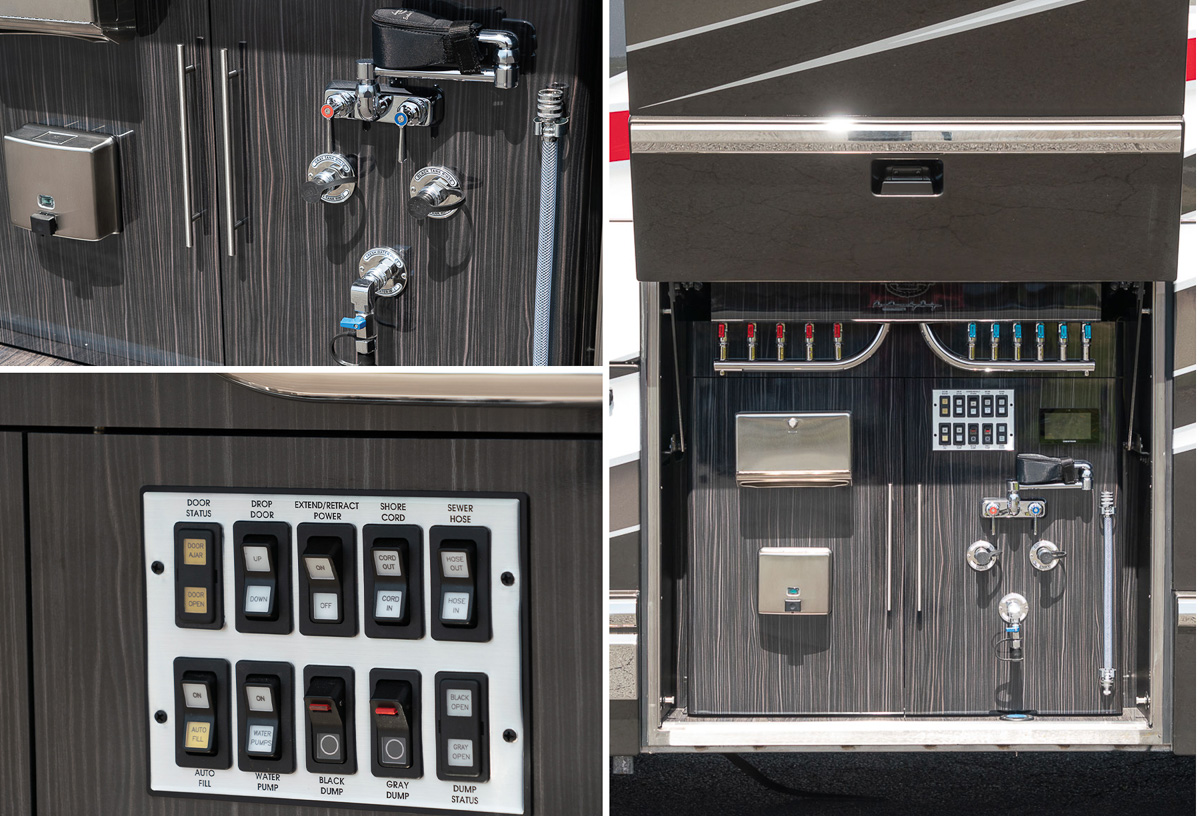 “The idea came from Bob Schoellhorn, who asked if we could come up with a new way or new system that would make the worst task of owning an RV more palatable,” said Director of Engineering and Production Mark Bryan.

Another benefit to this system, patented on August 19, 2003, is that it eliminates the need to bend down under the motorcoach or otherwise manually extend or retract the waste hose. And, although many other systems provide telescoping attributes, they still require a substantial amount of effort on the part of the user to discharge the sewage. Marathon Coach clients are encouraged to make their process even simpler by following black water drainage with gray water drainage, so everything is clean and ready to go. As simple as that.

Step 1: At your destination, press the button to lower the drop door, which exposes your shore cord and sewer hose.

Step 2: Turn the power “on” for the mechanism that operates both of these systems.

Step 3: Extend the shore cord and plug it into the receptacle.

Step 4: Press the button to extend the sewer hose, then lift it off the ground and pull it to the desired length and plug it into the receptacle.

* When you’re finished and want to leave, operate the switches in the reverse order.

See the video about the Freedom Plus system here:

Take a Marathon for a spin! Although steeped in the traditions of old-world craftsmanship, Marathon Coach keeps innovation and bright ideas …

Hitting the Links in Luxury

Marathon Coach Texas Service Manager Chris Lewis and his knowledgeable team are passionate, highly trained and completely committed to your …

Luxury RVs dotting the highways and byways of North America may look similar from the outside, but it’s often what’s …

By Dennis McBride, Marathon Representative – Marathon Coach Texas As a golf enthusiast, I am very excited that the PGA of …

Thinking of Selling Your Coach? Experience the Marathon Advantage!

Tech Tips: Common Marathon Coach Features You May Have Overlooked

Dimmable lights Nearly all lights on a Marathon are dimmable and there are two ways to make the changes: Using the Crestron …

How to Use the Satellite System Controls

Recognizing that our clients are audio/video aficionados, when it comes to entertainment, Marathon Coach is continually searching for the latest …

Have you ever thought of trying a racing school for fun? Now is your chance to do it with …
Social media & sharing icons powered by UltimatelySocial