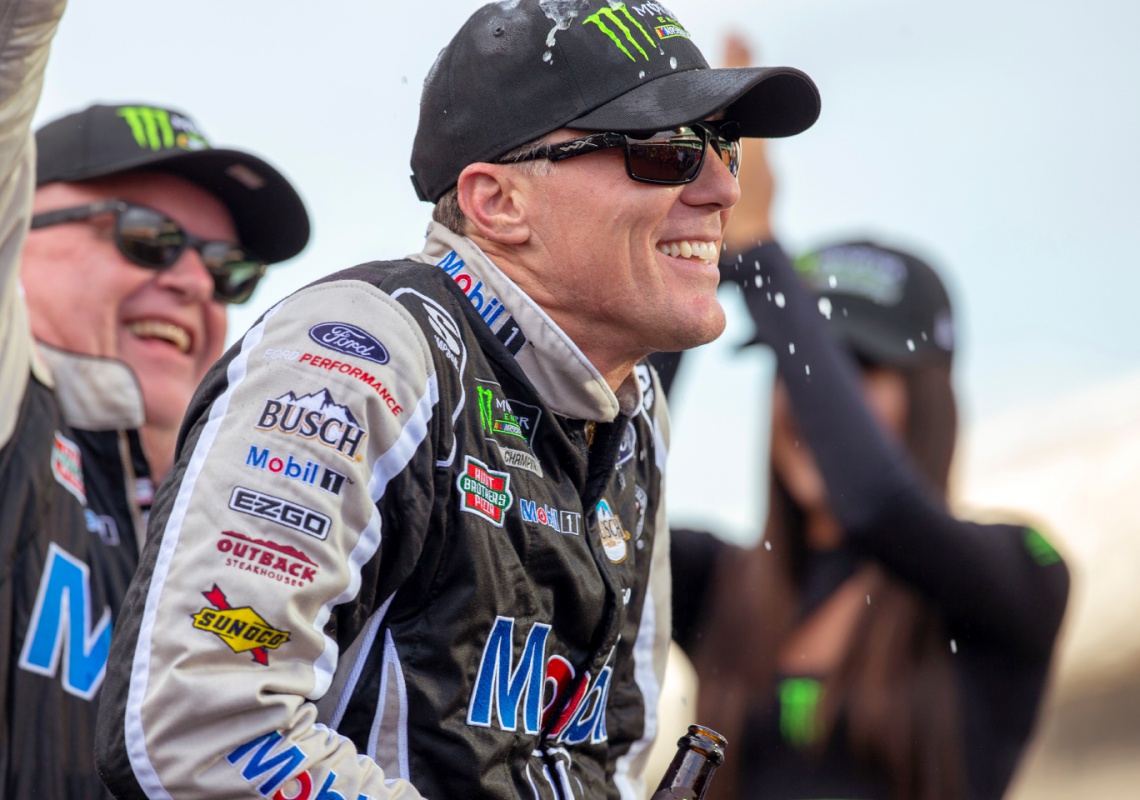 Congratulations to Marathon coach owner Kevin Harvick on his victory at Texas Motor Speedway on Sunday. After starting at the pole position, Harvick led the race six times for nearly a third of the laps, including the final 21 laps and 73 of the last 80, to earn his fourth Cup Series win this season – and the 49th of his career – tying Tony Stewart for 14th on NASCAR’s career list. This is Harvick’s third victory in a row at Texas, and secures him one of the championship-contending spots at the final race at Homestead-Miami Speedway on November 17. Harvick earned his one previous championship at Homestead-Miami in 2014. Congratulations Kevin, and best of luck in the Cup Series final!