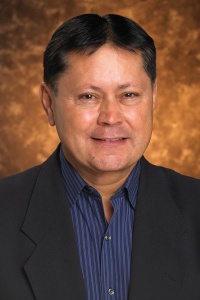 Rick Mount
Involved in high-end RVing since the 1970s and with Marathon since 1990, Rick knows the luxury RV lifestyle. After assisting with the Marathon Coach Florida setup, he transferred to the Oregon location in 1995. “I like what I’m doing even after all these years,” said Rick. “I still enjoy this more than anything. Retire and do what? I could not retire and have more fun than I have now.” Rick also knows a thing or two about history, collecting both Indian and German artifacts. In the 1990’s, Rick became a part of history himself when he came to possess and later donate a ceremonial pipe once owned by Sitting Bull to the Indian Museum of North America at the Crazy Horse Memorial near Rapid City, S.D. Also having a keen interest in world history, Rick, his fiancée May and his daughter Ginny, took a trip to Europe last fall, visiting seven countries and a variety of historical places, including Auschwitz. While waiting in line with thousands of others, the person in front of Rick turned and said, “I know you.” It was the owner of Marathon Coach #1105. 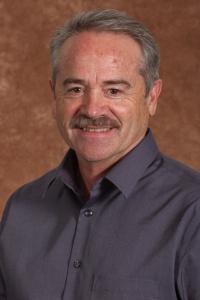 Jim Cogley
With Marathon for 22 years as of April of this year, Jim grew up on an Eastern Oregon ranch and began playing guitar while in grade school. Known for his friendly demeanor, his golden pipes and his knowledge of everything luxury RVing, Jim is often spotted frequenting some of Southern California’s most luxurious resorts, strumming and singing at special events throughout Oregon or getting down to the nitty gritty at Marathon Coach Oregon. With all of these passions, nothing compares to the love he has for his family, including his wife of 35 years, Jill, and their two sons and two daughters. 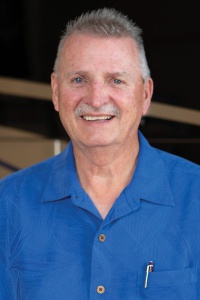 Preston Green
Known in luxury RVing circles as the personable sales pro who began his Marathon career at Marathon Florida in 2000, this avid golfer and fisherman, and his wife Kelly, are also known for their holiday décor expertise. A favorite Halloween hot spot for neighborhood children, these two are no one hit wonder. Spotlighted on the local news for their Christmas decorations, a real claim to light fame occurred when the founder of the Trans-Siberian Orchestra, Paul O’Neill, watched a video of their house featuring one of the orchestra’s songs. Paul was so moved by the video, he immediately went to his car, autographed a show program and sent it with his paint contractor to deliver to Preston in person.

Rod Johnston
Those who love a good fish story know Rod Johnston. His smoked salmon is as legendary as his generosity. With Marathon for 17 years, he has become known for sharing his daily catch, be it the smoked salmon he prepared at his home in Sunriver or the halibut he divvied up for clients, friends and coworkers. Of course, he’s not the only tastemaker in the family. Newly married to Suzy of Suzy Q’s Kettle Corn, the couple is often found spending time at festivals across the state showcasing the newest flavors, attending Marathon Club rallies or reveling in family time with Rod’s teen son Riley. 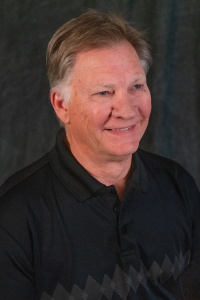 Dennis McBride
Dennis McBride knows a thing or two about living life to the fullest. A Dallasite from birth, Dennis began his career in the RV business in 1996 – originally joining the Marathon family in 2006 – we were thrilled to welcome him back in April of this year. Sharing a passion for travel with his wife Robin of 34 years, not to mention listening to live music and spending time with their two daughters and three grandchildren, Dennis stays focused on the good life, not only for himself and his family, but also for his clients. 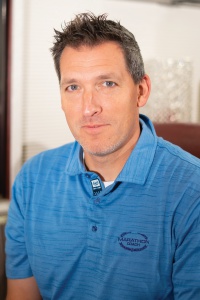 Mal Williams
Those who appreciate a good sneak peek behind the scenes at Marathon Coach World Headquarters know Mal Williams, weekly host of Marathon Mondays with Mal going on two years now, he started the show shortly after joining the team. Originally from Portland, each Monday he provides an insider look, often livestreaming, into the Marathon Luxury Coach environment. Rooted in Oregon, this former Oregon Ducks mascot met his wife when she was a cheerleader at University of Oregon. The two recently expanded their family, welcoming their second child in February. Tune into Marathon’s Facebook page any Monday at 9 a.m. PST or catch up on past episodes at Marathon’s YouTube channel and select the Marathon Mondays with Mal playlist. 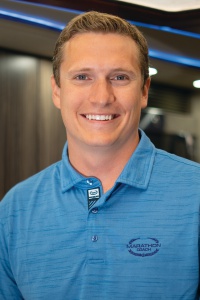 Kasey Hess
Growing up just 10 minutes south of Marathon Coach Florida, Kasey Hess is no stranger to the unique Florida lifestyle. An avid scuba diver, longtime Tampa Bay Lightning season ticket holder and Harley enthusiast, he can tell you all of the “hot” spots in and out of the water. “Work hard, play harder,” is the mantra this husband to wife Monica and father to their two children lives by. Kasey has enjoyed the motorsports division, traveling across the country taking coaches to NASCAR races. Joining the Marathon team in December 2017, when he’s not at work, he can be found outside on his golf cart exploring his small town of San Antonio, busy in the yard or working on one of his church responsibilities. If you’re ever in the Florida office, be sure to stop by and get to know Kasey! 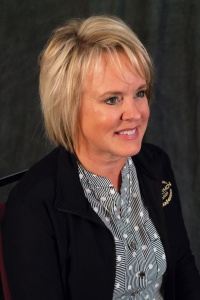 Dawn Prins
Dawn Prins, former branch manager with AAC Credit Union, grew up in Holland, Michigan. Being a hiker, camper and general outdoorsy person, she took the opportunity to get involved in the RV world through a local high-end luxury RV dealership. Dawn lives in Douglas, Michigan, and is excited to be on the Marathon team.

Randy Vanklompenberg
Even before joining the Marathon team this year, Randy was an RV enthusiast, having traveled throughout this beautiful country with and without his children for the last 30 years. Fifteen years ago, Randy purchased a 40-foot Marathon XL and from that point on was hooked. For the last 12 years, Randy has enjoyed being a partner of Panterra Coach, involved in purchasing and selling high-end luxury coaches.

Visit Us and Take in of the Wonderful Attractions Nearby As we enter high season at our Florida location, we feel …
Social media & sharing icons powered by UltimatelySocial