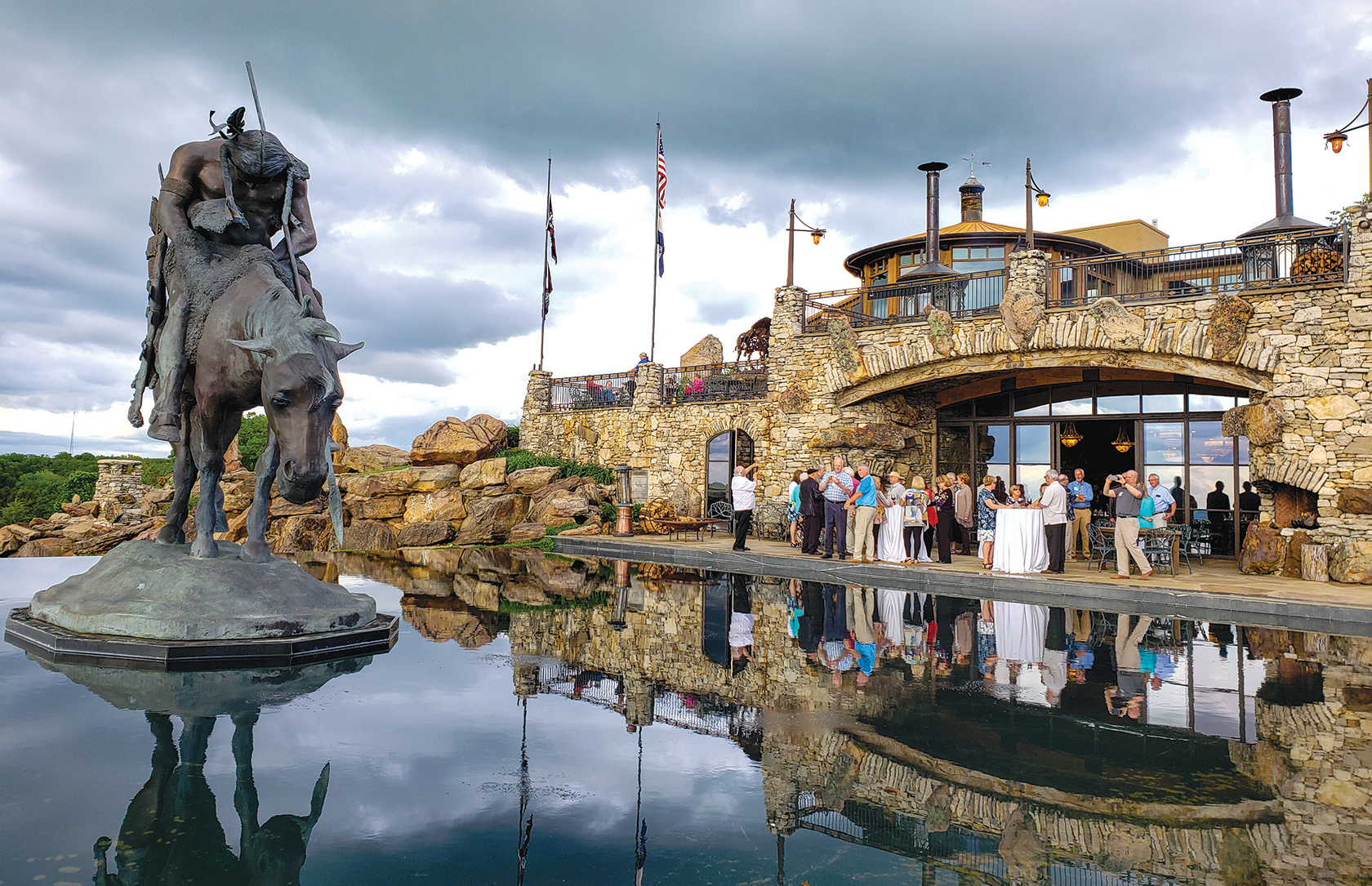 Fifty-one Marathon Coach Club members, three guests and two show coaches called Branson, located in the southernmost section of the “Show Me State,” home from April 28 to May 4, 2019.

This once sleepy little burg provided a family-oriented music scene that stirred souls and moved some feet with the likes of singer/songwriter/guitarist Billy Yates, The Petersen Family Bluegrass Band and “Six.” Billy, who has written songs for country greats including George Jones, Kenny Chesney and George Strait, entertained the group with stories and songs from his country music career, answered questions from attendees and provided a behind-the-scenes view of the life of a songwriter. And the phenomenal music from The Petersens took an even warmer turn during their second set, when they began singing “Happy Birthday” while a Marathon lifestyle themed birthday cake was presented to Janet Belich and Alice Nelson. And finally, the a cappella group “Six” – comprised of six very talented brothers – provided musical entertainment using only their voices as instruments. 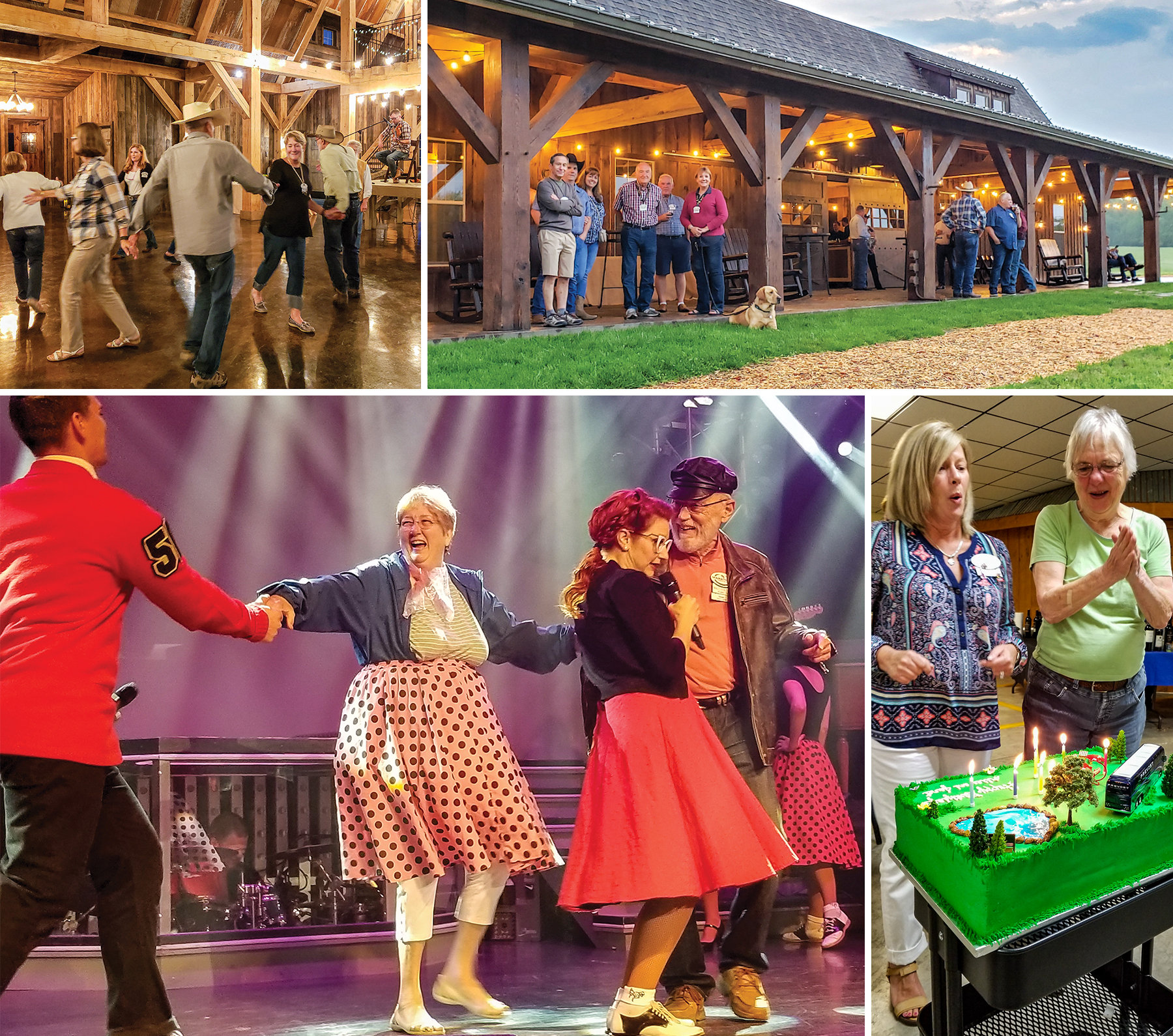 Food served with a side of dramatic water views and bent-grass landscapes, one-of-a-kind tours, contra dancing at Sycamore Creek Family Ranch and wine tasting at St. James Winery rounded out the rally. One popular tour took place at College of the Ozarks, referred to as “Hard Work U” because students pay no tuition here. Instead, they work 15 hours each week at the College, in addition to their studies. Other rally highlights included visits to a fantastic tree house and museum at Dogwood Canyon Nature Park, watching the Sunset Ceremony with bagpipers and the firing of a Civil War cannon at Top of the Rock Ozarks Heritage Preserve, and attending “Hot Rods and High Heels,” a high-energy 50’s show. Club President Walt Staltman and First Lady Nancy brought down the house when they were pulled to the stage to perform with the dance troupe. Applause echoed throughout the venue – a moment sure to be remembered for years to come and then some.