Questions and Answers with John Farley 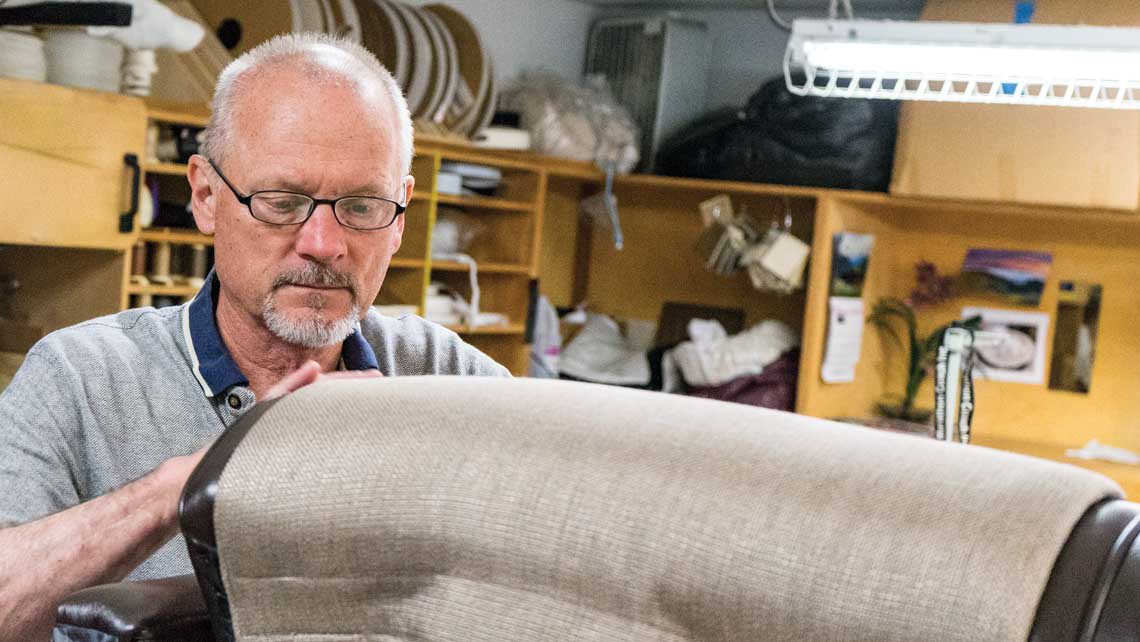 The luck of the Irish has accompanied John Farley wherever he has gone. Aside from having the Irish name Farley, Marathon’s upholstery manager graduated from Sheldon High School, of the Sheldon Irish, and was hired at Marathon on St. Patrick’s Day — their lucky day. Even his house has a bit of Irish flair; it’s on the corner of Shannon and Dublin.

What is one of your favorite things about working at Marathon?

I think it’s the passion for the quality of work that Marathon expects. I also want quality. I’d rather have people take a little more time to do something and have it come out right, than to have to do it over.

Who would play you in a movie of your life?

Probably Matt Damon. I like the “Bourne” trilogy where he’s gone off on his own and then he’s brought back into things. That’s kind of what happens to me. I get brought back into a lot of things. I like to just keep doing what I’m doing, but I keep getting dragged into other things.

What is your favorite movie?

What do you think people should know about Marathon?

What is your favorite childhood memory?

Probably when my brother and I went to Ohio with our grandma and grandpa. We went in the car to visit relatives back there. I still remember that trip.

What is your favorite free time activity?

Gardening and taking care of the yard; I’ve always liked that. 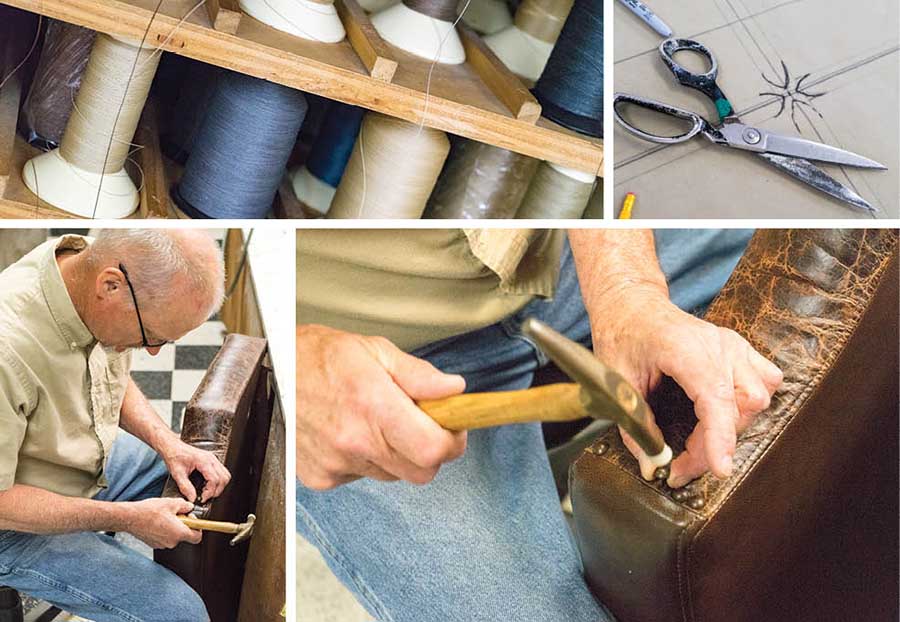 What do you do at Marathon?

I run the upholstery department, but I also help the service people with upholstery. My department also helps the Florida and Texas locations.

Who was your favorite singer or band in high school?

I would say Bob Seger.

Who is your favorite singer or band now?

I still listen to the old music: Bob Seger, James Brown and stuff like that.

What brought you to Marathon?

I owned a business for seven or eight years and had seven employees. I was working 12-hour days, seven days a week. Business was very good, but it wasn’t me. I had too much paperwork and I’m a hands-on person. I like to do the work. At the time, the manager of Marathon offered me a job because he knew I wasn’t happy, so I decided to close my shop and take the job. I don’t regret it.

What has been your most memorable vacation?

There’ve been quite a few of them: I’ve been to Tahiti, Bora Bora, Moorea. My first wife had a brother in the Navy. He was a commissioned officer and he got stationed back in Washington, DC at the White House. We traveled there and he took us all over the place, to the see the history of the Civil War battlefields and everything. That still sticks in my mind because it was the country and the history of the country.

What has been your most memorable camping trip?

We’ve been to Yellowstone and to the Grand Canyon. Both of them were very nice. The Grand Canyon was probably a bit more memorable because I hiked down into the canyon for a day and that was extremely nice.

What sets Marathon apart from other luxury RVs?

I would think it’s the quality that goes into them.

I do watch some sports. I watch the Ducks when they play. I used to play a lot of softball; I played on three teams, playing six games a week.

If you were stranded on a deserted island, who would you want with you?

How would your friends describe you?

Probably as quiet and reserved, which I am and I know that.

What is your favorite book?

I have a set of “Clan of the Cave Bears” and I always remember those.

What is your favorite song?

Probably the Bob Seger song, “Running Against the Wind.”

Who was your favorite teacher growing up and why?

The one I remember most is my social studies teacher in seventh grade. He got me started running cross country, where I ended up winning the district title three years in a row.

Who was your first celebrity crush?

She was a news anchor on NBC: Jessica Savage.

I’ve always been very lucky. My grandparents owned a beach house, and we had a house on the Sandy River. We were always on the water or next to the ocean, so I always had some place to go. Now we have friends up at Crescent Lake, where they have a secluded spot on the creek: It’s private, with a full RV hook-up for us. We go camping up there. So that’s always been kind of nice.

What is one of your greatest high school accomplishments?

In high school, I got talked into going out for wrestling, and I had never wrestled before. I ended up becoming an All-Star wrestler my senior year. I actually got to wrestle a Japanese national champion when there was a tour going through the West Coast. I also qualified for the state championship, although I didn’t do very well. I always excelled in running. In fact, I was District Five AAA champion, placing sixth in the state, which I was disappointed in. I just didn’t run a good race that day. ⎣

In his capacity as Head of Timing and Scoring for the World of Outlaws Sprint Car Series, Eloy Gutierrez is …
Social media & sharing icons powered by UltimatelySocial