Aiming at the Important Things in Life 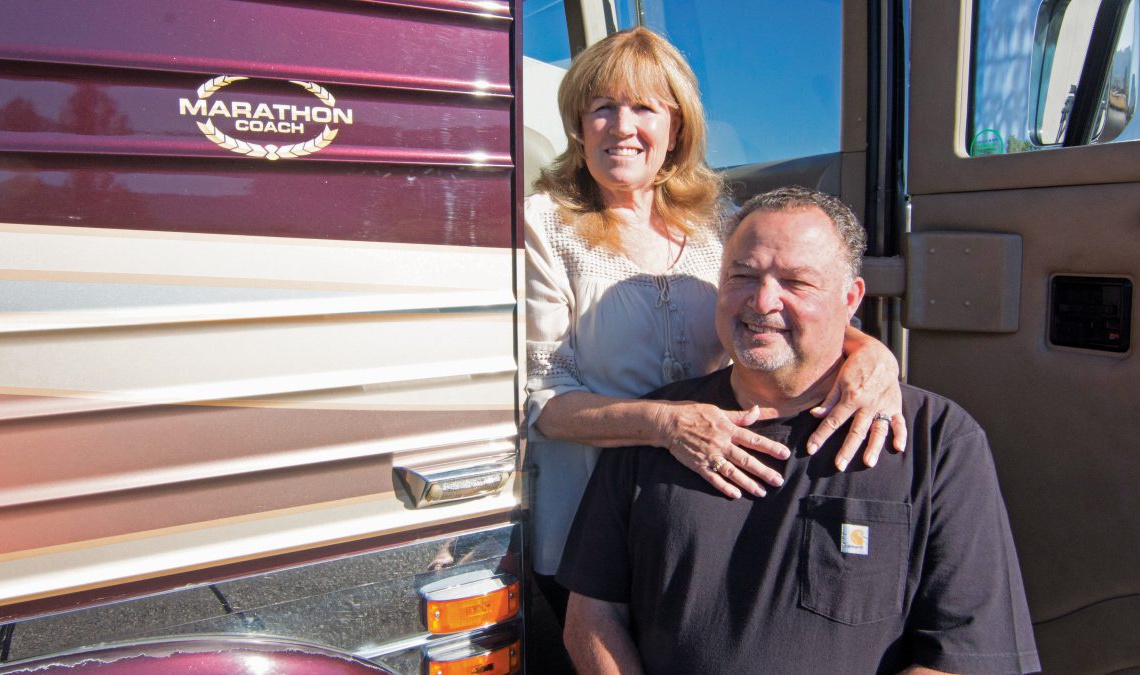 With eyes on the target, world-class benchrest shooters Lou and Connie Murdica know all about profound concentration, aim and precision. However, the award-winning sharp shooters keep their focus on what’s important — their family, friends and those around them.

“Aside from the competition end of it — Lou is competitive — it isn’t about the competition as much as it’s about the friends we’ve made over the years in different countries,” Connie said. “All these people know who Lou is because he’s friendly. He’ll stop to talk to anyone.” Although both are respected shooters in their own right, many people recognize Lou from the product and event posters he graces at industry affairs such as the Firearms Industry Super Shoot, which is no surprise with a resumé like his. With titles such as “World Record Holder,” “Respected Benchrest Ace,” “Expert Product Tester” and “Sniper King” just to name a few, this Marathon coach owner and his wife often find themselves the center of attention.

Last July was Lou’s second time entering the prestigious Sniper King competition and his second time taking the title. “It’s not the winning,” explained Lou. “I just love doing it. I love helping people shoot and be competitive. Helping new shooters and seeing them do really well gives me a feeling better than when I win.” Connie provides the perfect example: “He has a gun that we were shooting long range, 600 yards. He loaned it to a friend who lives in Oregon and he won the yardage. The next year, Lou wanted me to shoot it and I won the yardage. I asked him, ‘Why do you keep giving this gun to everybody else to shoot and they win?’ And he said, ‘Because it’s more fun for me to watch someone else win than it is for me to shoot the gun and win myself.’ So he’s never even shot this gun.”

Lou, who has been shooting competitively since the 1980s, attended the first ever World Benchrest Championships in Frejus France in 1991. More than thirty countries participated, including Russia, Japan, Iran, New Zealand, Canada and Africa. “The people on my team were known to be wind shooters,” said Lou. “Until that last day we were not considered a strong team. Then the wind started to blow hard. That last day, the day the wind came, we surpassed everybody.

We did it and it was just the chance of a lifetime.” The USA team won the “2 Gun Teams” trophy. Lou also holds world records in almost all yardages, including 1,000-yard, 200-yard, 300-yard, 600-yard and possibly the 100-yard record — the process has been started and the information submitted. However, he’s not the only sharp shooter in the family. Although Connie laughingly refers to herself as a fair weather shooter, she won the 600-yard National Championship not long ago. “I’m not a big competitor; I’m a fair weather shooter. I’ve shot in nine degree weather and really hot weather down in Arizona. It’s always for me, ‘Well, do I want to shoot or do I want to shop?’ If I feel like shooting, I do.”

The sharp shooting dynasty doesn’t stop there: Lou and Connie’s granddaughter Angelina, now 11 years old, has caused quite a stir in the benchrest shooting discipline. Because there are no separate divisions for women or children, all entrants shoot in the same competitions. Imagine the surprise of some of the nation’s top shooters and Hall-of-famers when a 10-year-old girl beat all but three of them, placing fourth in a 100-yard benchrest match in a Phoenix competition. “She doesn’t have any bad habits,” explained Connie. “She is not afraid; she’s just out there playing. Someone jokingly said to us, ‘Don’t bring that little girl back.’” This little legacy is on the fast track to becoming legendary. 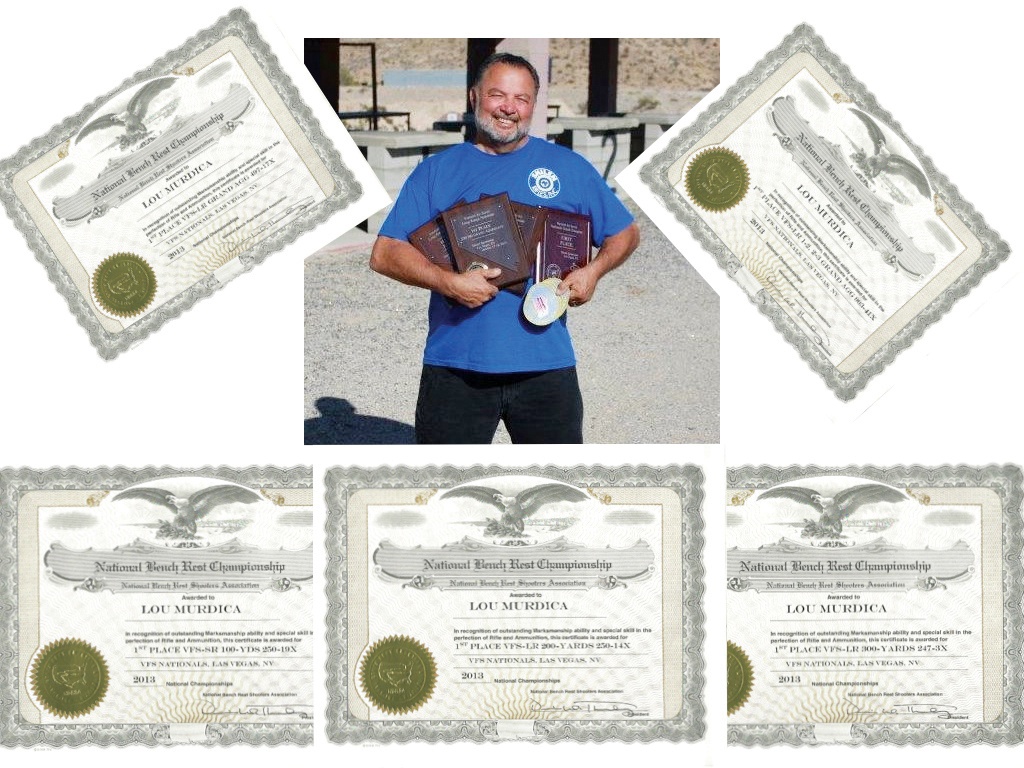 Even more than shooting, motorcoaching is a true family affair. Married 41 years, these two have always loved RVing. “Our very first trip with our kids was our ‘big’ trip,” said Connie. “Our kids were 10 and eight when we took them cross country. We were going for five weeks in our first motorhome and we just had a ball with them.” “And the kids still talk about it,” added Lou. Their “kids,” now with children of their own, live in close proximity. “They chose to live next door to us. We had five acres to begin with and then our son bought the five acres next to us to build his own home on and our daughter bought the five acres on the other side of us. We’re so blessed they want to live so close by.” Lou and Connie often take their grandchildren on their travels. “We take our grandkids shooting,” Connie explained. “They stay with us in our bus and that really makes it easy and comfortable. It’s great to have a place to get out of the elements during the meets and a place close by to sleep at night. When you rent a hotel, it’s miserable. But with our bus, we can finish shooting and then go directly into the bus to relax and fix our meals. Everything is just easier when you have your home right there. We never have to worry about whether we’ll be sleeping on the feather pillows we like. Everything is exactly as it is at home.”

In the 20 years Lou and Connie have been competing, they’ve traveled to 45 or more of the 50 states for competitions. “We take nothing but the Marathon,” Lou said. “It has been the easiest motorhome I have ever owned. They’re just so trouble free and easy to drive. We stay in a lot of shooter camps, and at every camp there are disasters. I see guys with their lower priced units and I always tell them, ‘You have the money — spend it and get something you don’t have to hassle with all the time.’ It’s amazing how simple Marathons are compared to what you think they’d be like.”

As Lou and Connie’s brood continues to grow, there’s no doubt that benchrest shooting excursions, Marathon adventures and new friends will continue to add to their vast collection of unforgettable moments.